The viewers can truly interact with the sculpture by entering the booths. When a button is pressed, a short piece of music is played and the color of the led changes to the corresponding color.

Here are some photos that showcase the interactions between the sculpture and its viewers at December Showcase. 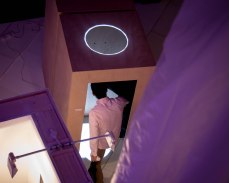 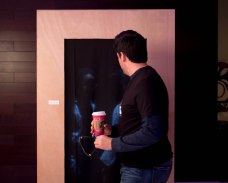 I started this project with lots of ideas and lots of sketches. 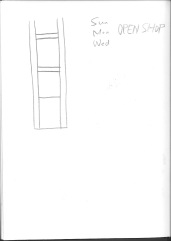 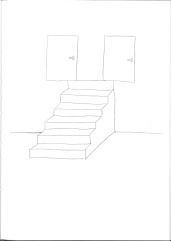 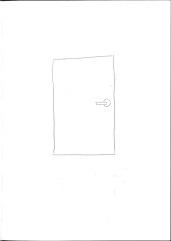 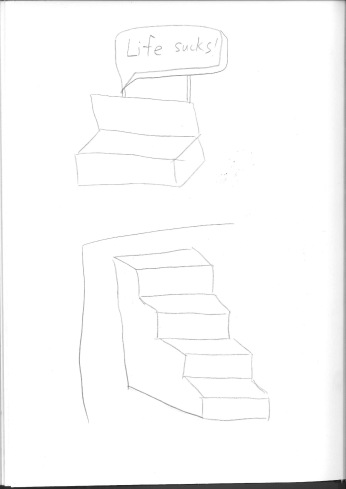 Eventually, I finalized on the idea of two booths and made some more detailed and precise plans. 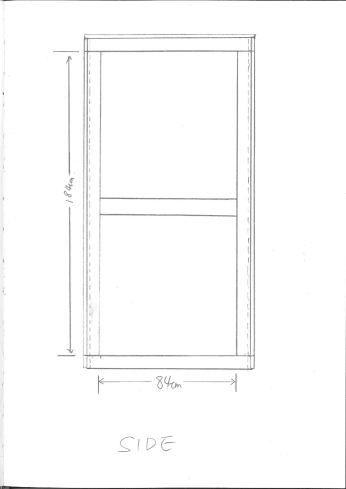 I first prepared all the frames. 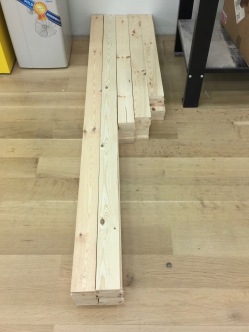 Then the ply wood.

Once I cut out of doors and stapled the ply wood together, I realized the frames are actually not necessary. There was actually some story about the frames. I was originally planning to use poly wood only, but was suggested to add frames for the sake of stability. However, I really love the minimalistic look when the frames are not added, so I decided to keep it clean.

It also took me quite some time to prepare the black curtains for the doors, but I enjoyed it and was happy to see the sculpture in the designated spot.

The last thing needed is to make some circuits and I worked it out overnight. Due to the time limit, everything was cheaply stapled on the back of the booths, but I would definitely have covered all the circuits if I had more time, so that the whole sculpture looks like a mysterious “black box”. 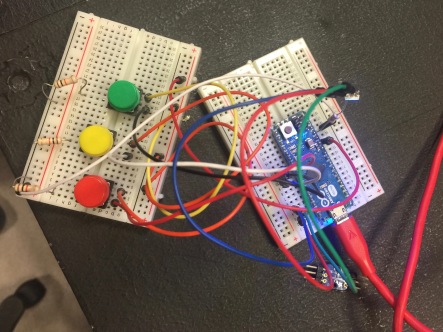